Who’d be a professional game reviewer? It seems like it’d be jolly good fun, fun enough for me to do in my spare time. The problem, as always, is the legions of online complainers who think they know better. Case in point, the remakes of Pokémon Ruby/Sapphire/Emerald being given a 7.8 by IGN, with a snappy negative bullet point of “too much water”. Maybe that’s correct, but I thought the remakes were excellent. Presumably the nine billion Pokémon fans worldwide though so too, because they’ve been ripping into IGN for that one ever since.

END_OF_DOCUMENT_TOKEN_TO_BE_REPLACED

You should have seen me last night, readers – I was unstoppable. I started my whimsical journey by taking flight, just bloody well jumping into the air and propelling myself forward. With the freedom of the entire world and its majesty before me waiting to be explored, I decided to start seeking out all my old enemies and slapping them in the face instead. I flew to each of my nemeses at breakneck speed and issued them loud, satisfying slaps before gleefully whisking myself away for my next target.

END_OF_DOCUMENT_TOKEN_TO_BE_REPLACED

It’s crazy how the littlest things in life can be the ones that get on top of you the most. As I write, I already know that there’s a plucky wee spider spinning a devil of a web in an unreachable part of my room. My back hair growth shows no signs of letting up despite all the formula I’ve been throwing on it. The peasant-wagon fares are going up again. And it’s gotten to the stage where I don’t think I own a pair of shoes anymore that don’t have at least 2 holes in them, and a crack in the soles for good measure.

END_OF_DOCUMENT_TOKEN_TO_BE_REPLACED

Have you ever left your clamouring fans guessing as to what you were about to do next? You’ve thrown out a few whimsical anecdotes, witty one-liners or even some attention-grabbing dance moves, and all eyes are on you. But where do you go? How do you improve on your strong start? You’ve simply got to take what’s worked before, roll with it, improve upon it as much as you can, and slam dunk it into everyone’s face, be they haters or be they raters. That’s the way to keep the frothing masses entertained.

END_OF_DOCUMENT_TOKEN_TO_BE_REPLACED

I’ll tell you a scene that struck a chord with me in a film, shall I? It was when I first watched Saturday Night Fever (1977, disco, Bee Gees, Travolta throwing shapes, you can’t not know it). I’m sure I was like many in assuming that the vast majority of the film was basically a disco-themed musical with a rudimentary love story bolted onto the front for wider appeal. You could more or less relay a synopsis of it to people using just the songs on the seminal soundtrack, I thought.

So when I watched the film and saw John frustrated with his dead end job, frustrated with his father and frustrated with the girls that attach themselves to his group – so much so that he tells us that they all must make the decision to become “nice girls or c**ts” at an early age, well, I was amazed and pleasantly surprised. This was quite a bit grittier and downbeat then I’d have ever imagined. How the director (Scout from To Kill A Mockingbird’s brother no less) managed to make a thought-provoking, sometimes grim movie with Night Fever and You Should Be Dancing playing in the background, I’ll never know, but he managed it.

END_OF_DOCUMENT_TOKEN_TO_BE_REPLACED 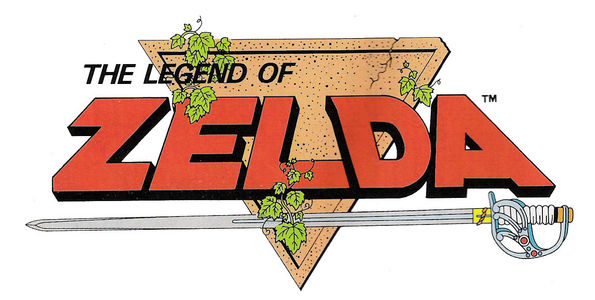 You may one day be flicking through your TV guide (on your television’s internal EPG of course – what use is a TV guide magazine in this day and age?) and see an episode of a programme you like about to come on. But the episode synopsis seems rather unfamiliar, and when it comes on you’re wondering why Kramer is being called Kessler or why Smithers is black with blue hair.

What you’ve done is stumbled on a very old episode, perhaps the first ever – and it looks remarkably different to what you’re used to. Everything looks weird, and it’s pretty jarring. This isn’t the show I fell in love with, think to yourself, with the occasional mewl of protest at the television to show your disapproval. You pick up on every single detail and say to yourself “yeah, I see, so that’s where that came from, but… I don’t know, it’s a little weird”.

END_OF_DOCUMENT_TOKEN_TO_BE_REPLACED

I have this frankly unnerving propensity for doing things the complete opposite way of how they really should be done. Manoeuvre, signal, mirror, that’s my motto behind the wheel. I tend to put the milk in before the sugar, which some tea authorities I know inform me is unfathomably wrong. And I can’t tell you the amount of times I’ve tried to slip some baggy tracksuit bottoms down past my inevitably Nike-runnered feet.

So it proved to be the case again when a new handheld Zelda sequel, directly modelled on the best of the series in the Super Nintendo’s A Link to the Past, was announced. I should have had a penile accident, the good kind, right there and then. Instead I felt a combination of emotions, all of them negative. Disbelief! Panic! Fear!