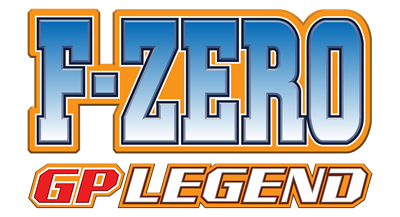 That brings us to anime adaptations, where the list is long. We know about the Pokémon anime, and who can forget Sonic X? But there were also adaptations for game series that could never, ever be viable. Kirby, for one. I recently found out about a Parappa the Goddam Rapper anime, for God’s sake. And of course, there was an anime for that old not-so-golden egg, F-Zero.

END_OF_DOCUMENT_TOKEN_TO_BE_REPLACED

Men live in their own delusions, you know, because it’s the only thing that keeps us from giving up. This really comes to the fore when you’ve got a new woman in your sights. You fancy a bit of her, and in your deluded state, you think that you’ve got a chance. But why would you? She will have bundles of interest from all kinds of male suitors, so what sets you apart from the pack? Nice guy? Unblemished record of holding doors open? You even open your wallet to buy them a drink every now and then? All well and good,lad, but you’re gonna need a bit more than that.

END_OF_DOCUMENT_TOKEN_TO_BE_REPLACED

There were quite a lot of things I didn’t do in 2020, and losing weight was probably one of them, though I hate to say it. One thing I managed to avoid for the whole year, by virtue of not getting to go on any holidays, is that I never set foot in any swimming pools. I do quite literally mean setting foot, as in dipping my toes into the pool.

I could never properly dive into one, because even at the age of 30 I still haven’t learned to swim. Am I embarrassed? Certainly not – as long as my killer summer bod looks good, who cares where the strumpets get to observe it?

END_OF_DOCUMENT_TOKEN_TO_BE_REPLACED

Still looking for a New Year’s resolution? Learning to speak and write in foreign languages is a pursuit most noble, you know. It’s a sure-fire way to broaden your pathetic, shallow mind. For language learning purposes, there are all kinds of devices you can make use of that’ll make you a proverbial polyglot.

In the old days you’d have to use books, which is never ideal. That’s what they keep trying to do in schools, and school is the last place you want to try learning a language in. Case in point, I tried learning Irish for 13 years in school, and French for 6 years, and what can I show for it?

END_OF_DOCUMENT_TOKEN_TO_BE_REPLACED

You have me down as an uncultured oik, I know you do, so it’ll probably surprise the hell out of you when I tell you that I’m pretty well-versed in Norse mythology. No, really, I know all about that Thor fella, and he had a hammer that did something with lightning or somesuch. Something that made him overpowered, anyway.

I’m not altogether happy with Thor, Chris Hemsworth or any hammer user, if truth be told, because he ended up inventing Thursdays, and Thursdays are my busiest day in work. A bit arrogant too I find, naming a day after himself. Why don’t we get Supermansday?

END_OF_DOCUMENT_TOKEN_TO_BE_REPLACED

Did you know that you change your friends every seven years? That’s right, one day you’re out playing football on the road and a bit of Tip the Can for good measure, and the next moment (well, over the next seven years), they’re just left sitting on your Facebook friends list gathering more and more cobwebs. Actually, Facebook is last century’s buzz, isn’t it?

END_OF_DOCUMENT_TOKEN_TO_BE_REPLACED

I ain’t exactly the memory man. I’ve been starting to get mild blackouts when drinking now, or brownouts as I call them, which is pretty worrying. After all, I could be out there battering folks three times my size and taking home their moll girlfriends afterwards, and I wouldn’t even remember any of it. Actually that kind of thing only happens in my wilder dreams, that special kind of feverish dream that you get when you go to bed drunk.

Then you wake up the next morning, and depending on how big that porcupine in your head is, you’ll either forget more and more of the divilment that occurred the previous night, or worse than that, you’ll remember some of the more questionable stuff you’re guilty of. You’re afraid to check your phone and you know that casting your mind back will only incriminate you. You’ve ended up with that terrible feeling that they call The Fear.

END_OF_DOCUMENT_TOKEN_TO_BE_REPLACED

Burkey enthusiasts among you may be interested to note that Super Mario Advance is the one and only game I’ve ever lost. That’s not lost as in given away, in a similar vein to when you give a hoody to a girl and you’re much too unassertive and conscious of your social standing to ask for it back, I’m talking about misplacing the game and never, ever finding it. I’d love to know what I did to it, where it could be now. If only there was some sort of tracking device I could have used back in 2001 – if there was, I’d have put it on everything.

After all, what if someone had stolen it from me? And I was able to track down the guy who did it? Wouldn’t that be a plot-twist? I sometimes read about people having their entire collections stolen, or oftentimes stolen and sold on by their older brothers to buy drugs. For God’s sake, we’re talking SNES collections with Chrono Trigger and EarthBound, here. If that happened to me, I think I’d go on a rampage. I’m serious, I couldn’t be held responsible for my actions.

END_OF_DOCUMENT_TOKEN_TO_BE_REPLACED

I’ve never been sure if this was a myth or even if it was particularly common, but I’ve been led to believe that if you were caught being a naughty boy in 1960s or 1970s Ireland, the exasperated judge would often give you the choice of doing a six-month stint in jail or a year in the army.

We aren’t exactly what you’d call a belligerent country – if Ireland had been involved in the Gulf War we would’ve sent snowploughs – so a spell in the army always sounded like a bit of a holiday camp to me. But then again, isn’t that what they always accuse the prisons of being? You start to see now why we need a death penalty for all offences, except software piracy.

END_OF_DOCUMENT_TOKEN_TO_BE_REPLACED

Up until now, I’ve always felt somewhat unqualified to talk about shooter games. Yes, I was able to write about Perfect Dark, but that was moreso because the protagonist is a lady. And I know quite a bit about ladies, having tipped my fedora towards many in my time. I’ve also gotten up to some other pretty manly pursuits, like flying planes and bombing it around in go-karts and doing arts and crafts. What I had never done before, however, was fire a gun.