When things go bump in the night and the wife’s jewellery is about to get fleeced by junkie housebreakers, you can forget about any kind of fancy house alarm systems – you need a good weapon under your bed. Of course, if you’re getting burglarized in the United States, you can just charge down with a semi-automatic and blow the goddamned methheads away before they can do the same to you. Here in trendy Europe, we take the much more humane approach of smashing invaders’ skulls instead.

END_OF_DOCUMENT_TOKEN_TO_BE_REPLACED

Although I do like cats more, I definitely agree with the assertation that dogs are a man’s best friend. Yes, I know there’s some dogs out there that are specifically trained to kill on sight, and won’t even consider easing their jaws until you’ve become dead meat. Well, those doggies aren’t your friends. But you know those lovably dumb dogs that follow you everywhere, always want to know what you’re doing, and get all over-excited when you come home. You couldn’t invent a better pet if you tried, could you?

END_OF_DOCUMENT_TOKEN_TO_BE_REPLACED 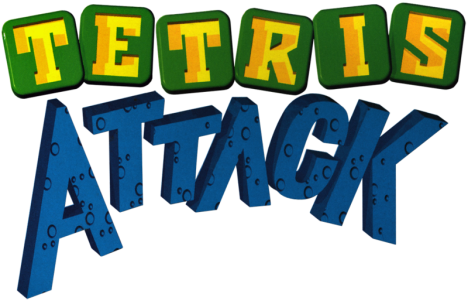 I’m all about nominative determinism lately, the idea that people subconsciously choose their path in life based on their own last name. So if your surname is Wainwright, you might find yourself gravitating towards owning a brothel as you’ll be well used to dealing with wagons. I once met someone with the last name Victory, and I’ll tell you this, he was no loser. if your last name is Cooper, then hard luck, barrel making probably isn’t much of a viable trade anymore. But you could always marry someone of last name Ramsbottom and eke out a living there.

END_OF_DOCUMENT_TOKEN_TO_BE_REPLACED

I remember it well: I was an ignorant young child of about six or seven years old, doing pretty well on Super Star Wars: The Empire Strikes Back for SNES until hitting a wall in the Battle of Hoth level – or hitting the legs of the Imperial Walkers, more likely. There I was, shooting a million laser blasts into the things, and getting absolutely nowhere.

It really could have been a million laser blasts I fired as well, because I didn’t do anything else as a child except play games. Only a child could have that level of patience and determination. Thoroughly defeated, I asked that font of gaming knowledge, my older brother, for some help. And he told me that I had to use the tow cable to bring the big daddies down, just like the movie. To which I replied in utmost shock: “There’s a movie?!?”

END_OF_DOCUMENT_TOKEN_TO_BE_REPLACED

Picture the scene: it’s a lovely summer’s evening and you’re having your usual merry walk or Sunday drive. But hold up – something’s spoiling the beautiful view. Yes, it’s worse than those roadworks that never, ever seem to get finished.

They’re more unsightly than those rent-a-scrote apartment blocks that were planned, designed and vomited into your town’s landscape in a mere two weeks. And they’re even more abundant than the seven hundred road signs contradicting your driving every five seconds. Yes, it’s the dreaded election posters, and that means there’s change abrewing in the government.

END_OF_DOCUMENT_TOKEN_TO_BE_REPLACED

Well, what’s the most selfish thing you’ve ever done? Mine? I gave blood once. Sounds more selfless really, but note: there is a massive, King-Kong sized emphasis on ‘once’ there. I still haven’t been back up to that clinic to give any more of my precious life fluid, despite their constant texts and calls to action. And in fact, I only went along to do it because the girl I liked was going too.