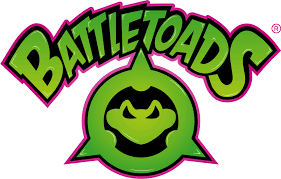 It mightn’t exactly be best practice to analyse a product before it comes out, but that doesn’t stop the legions of fans out there writing things off, way before they ever come to pass. We all knew the Ricky Gervais episode of The Simpsons would be a disaster, for example. But we couldn’t know that before we watched it, right? Actually, we could, because it really isn’t that hard to read your audience and give them something they want – and not something you think they want. And this is where I, if I happened to run some godawful consultancy firm, would propose millions of job redundancies worldwide.

You see, the initial trailer for the upcoming Battletoads game is a year old already, but it’s something that keeps coming back into my mind every so often. I’d be trying to sleep, and then at 2 AM it suddenly pops back up again and I’m left dumbfounded. How do they misjudge the tone so badly? It hasn’t brought about as much fan wangst as the Diablo Immortal debacle, but that’s mostly because Battletoads has always been a bit cack. Still, it’s managed to hold enduring appeal among older school gamers. So, what do we have here?

I’ll tell you how to release a proper Battletoads game. And I don’t know what target marketing or focus groups the developers of this one (Rare and some other patsies) shelled out good money for, but I’ll even do their marketing for them as well. Firstly, go off and take a look at the 2019 E3 trailer for the new game. It’s a boring minute of your life, but I ask you to do this for me.

OK, so you’ve got a franchise with some retro appeal. Retro is a massive winner these days, and if you can bring an old franchise kicking and screaming into the 21st century, then great. Now, I’m a big fan of the ‘four-quadrants’ school of marketing for movies – that is, that there’s four key demographics for screenwriters and directors to target: under 25s for males and females, and over 25s for males and females. Simple enough, and much of it applies to games, too.

Pretty tough to land on a four-quadrant gaming franchise of course, but if you can get it off the ground, it’ll print money. Your examples are Mario and Pokémon. From the indie sphere, Stardew Valley. GTA, maybe – more males there, for sure, but it’s got that coveted ‘mass appeal’.

But Red Dead, The Witcher, even Breath of the Wild, they miss out on female demographics for the most part. And they’re a bit more mature as well, missing out on some of the under 25s – but not all of them, because never mind age restrictions. You’ll be an absolute loser on the playground if you’re not allowed to play the over 18s games, so your parents will usually buckle to social pressure.

Nu-Battletoads is limited in scope here – it’s only gonna appeal to the over 25 males. You have to think like your audience if you wanna sell to them, and what does ‘over 25 male’ immediately scream to you? Yes, of course: “fading masculinity, wrapped in a dying ego, an ego that’s becoming increasingly irrelevant in a rapidly changing world”. What this means is that it doesn’t really matter what the game plays like, but for God’s sake, give the insecure men what they want.

So firstly, the Nickelodeon graphics have to go – simply too childish. What you need is a modern look, think something like Rash’s appearance in the Xbox One Killer Instinct game, but a tad more cartoonish. The over 25 men don’t want to be playing what looks like some sort of online flash game, in case the wife walks in. Yes, it’s wives now, because girls no longer smell or have cooties.

Next, the Dark Queen. If you ever wondered why a duff series of games like Battletoads is still remembered to this day, she’s probably the reason for it. Most gamers can probably count the number of Battletoads levels they’ve ever beaten on one hand, but they can put that other hand to good use because in between levels you’ll get some trash-talking off a dominatrix who ticks all the boxes – big hair that’s raven black, pale skin, a possibly sexual desire to see you crushed to death, a whip, a cape, a leather garb and the biggest cans you’ve ever seen. That’s the Dark Queen, and in the pre-internet days she was the only reason you’d want to keep playing Battletoads NES.

Well, she appears in that E3 trailer, although you might very well have missed her. She’s completely covered up, which is strike one. She looks merely miffed, as opposed to looking evil enough to crush your Adam’s apple underfoot in a spiked high-heel – strike two. And the graphic designers and marketers strike out by having her whizz past the screen at a zillion miles an hour, right at the very end of the trailer. The word for that, I believe, is ‘apologetic’. And the fans, to use another word, were ‘apopletic’. I know it’s 2020 and there’s gender neutral bathrooms and that but the over 25 males want tits, and if you take them away like that then what’s left?

Third on our list of faults, and this one does remain to be seen and it’s perhaps unfair of me but I don’t hold out much hope for the music. The trailer’s tune seemed far too tame for what we should be doing here – the game needs to take its musical cues from F-Zero X and have way-too-loud squealing electric guitars all over the place, right up your backside if need be. Over 25s don’t necessarily have to be at the dad-rock stage of their lives either for this to work; there’s still that nostalgic-cum-insecure “modern music is crap” sentiment that needs to be catered for.

That’s not the end of my rant, naturally. I’ve talked about it before but I wonder if, for a game like this, there’s too much oxygen being used up. You know, planning meetings and committees and compromises being made because some busybody shoots down another busybody’s suggestion or invents a problem where there isn’t one, and the game ends up being a half-effort that satisfies nobody except the team of suits who’ve avoided an unlikely PR disaster.

You’re much better off having your one-man-show (that can be one-woman-show of course, but historically it’s always been a man) who rules with an iron fist. He won’t be given to strategy meetings or groupthink or brainstorming, whatever that is. He’s the ideas man, he says what he wants, and if some simpering fool want to bring up the fact that the new Dark Queen is ‘problematic’ or the graphical style should be ‘unisex’, then he simply sets them on fire or eats them as a side-order or throws them through the eleventh floor window and does what he was going to do anyway.

And lucky you, Rare and Dlala Studios, because I know just the man who’ll take this task on for you. I’ll even give you the above direction for nowt. It’s probably too late for this particular game, although New Battletoads was meant to come out in 2019 and we’ve not heard a peep since so perhaps they’ve gone back to the drawing board? I’ll just need a couple of things – a budget big enough to bring in a Dark Queen of my choice, possibly a time machine to make that Dark Queen be early 90s Marisa Tomei, and finally my own cattle prod if anyone dares tell me that our game’s death scenes are too gruesome for 2020.