When people ask me how I believe the world is going to end, my cold, dead heart says that it’ll be as a result of some Terminator 2-esque nuclear nightmare. However, my head knows the real suss – and not only that, my head is hugely surprised that it hasn’t happened yet.

Simply put, a rapidly spreading virus, some horrendous man-made biological weapon, is going to get released from a lab whether by mistake or not. It’ll spread like wildfire, but it’ll be one of those invisible fires like you get when alcohol burns. So you’ll be sat down, about to tuck into your Yorkshire pudd, when suddenly you get an instant waft of the sequel to Sarin gas that’ll do you in ten times as fast as any piddly carbon monoxide poisoning. Sounds like a decent way to go out, right?

END_OF_DOCUMENT_TOKEN_TO_BE_REPLACED 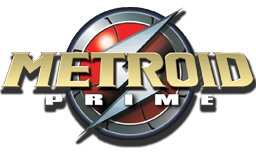 I don’t usually get blown sideways by these cute pop culture comparisons that are meant to make me suddenly feel old. I already told you that I’ve had grey hair since about age 15. I have a properly lived-in face. I’m often to be found drinking Smithwick’s. I am old, there’s no way you can surprise me with anything. That is, until a throwaway YouTube comment had me nearly spitting out my Viagra and Deep Heat soup – Metroid Prime’s release date is closer to the original Metroid on NES than it is to today. And a slight detail that seemed to compound the pain tenfold – that was true as of 2018, never mind 2019.

END_OF_DOCUMENT_TOKEN_TO_BE_REPLACED

You may already know this, but fairly recently an old prototype of what would go on to be Pokémon Gold/Silver/Crystal was found and shared on the internet for the world’s Pokéanoraks (that’s me and you) to enjoy. In there, you had a whole host of Pokémon designs that never saw the light of day, including pre-evolutions for Meowth, Vulpix, Doduo and more. There was a kind of metal condom Pokémon that was allegedly Ditto’s evolution. And you won’t believe what Porygon2 was slated to look like.

Some of the Pokémon below were present in that beta prototype, with some surreal changes. There was a poison Umbreon, a Girafarig that really did look like CatDog, and Wobbuffet never happened. Can you imagine a reality like that, with no Wobbuffet? That would have solved all of our problems.

END_OF_DOCUMENT_TOKEN_TO_BE_REPLACED

One thing that always amazed me about the Pokémon series is that, for all the controversy it garnered from things like causing seizures or being satanic or requiring you to buy 50 games to catch ‘em all, nobody ever really seemed to care that it was essentially about pitting two cute animals into a fight to the finish with each other.

I think it’s rather easy to draw comparisons with Pokémon and that film Amores Perros – if you want to become a serious, competitive Pokémon battler, then you’ll be doing much the same thing as those vicious muchachos: breeding Mons in foul conditions, slaughtering those whose genes won’t quite cut it, drugging up the best monster you have and forcing it to battle almost from the moment it’s born. If it wins, great: you get the plaudits while the beast gets the larrups. If it loses… the slaughter begins anew.

END_OF_DOCUMENT_TOKEN_TO_BE_REPLACED

Do you ever feel like you’re putting too much effort into a game? A bit too much time min-maxing, or playing online, until your Steam account says you’ve been playing Team Fortress 2 like there isn’t gonna be internet tomorrow? Do you ever sit back and wonder what it was all for? I don’t, because my approach to playing games these days, as there are so many and I’m cursed with bundles of disposable income, is to leave them on the shelf in their cellophane wrapping. Occasionally I’ll feel a bit guilty, and load up some AAA game of the month like God of War, and give it a whole 30 minutes of play. And 23 of those minutes are spent waiting for it to finish installing.

END_OF_DOCUMENT_TOKEN_TO_BE_REPLACED

Can you claim to be the best in the world at any game out there? It’s tougher than you’d think. You probably reckon that you’re the only one that’s played Super Formation Soccer ‘96 for Super Famicom, but you’re crazy if you think you’ll even get to the last 64 of a tournament for that game in a Japanese tournament. I know what it’s like to be a failed athlete because, despite having played GoldenEye 007 in my childhood for more hours than God was sending, I was still nowhere near the top. Not even top 50,000. And this means that I never got to join the pro-circuit, the GoldenEye circus, travelling the world with the other pros and playing each other in thrilling deathmatches for megamoney.