I’d certainly never want to risk incurring the wrath of the Smash Bros fanbase, as it may very well end in the forfeiture of my life and anything I hold dear. But when the creators are grabbing any old random frog Pokémon and putting them in the game, you start to wonder. After all, this is Part 7 and it doesn’t look like we’ve seen Kolorado from Paper Mario show up yet. So do you mean to tell me that each of the mugs found below are all considered better characters for fighting than a gentlemanly Koopa archaeologist and explorer? I simply won’t have it! 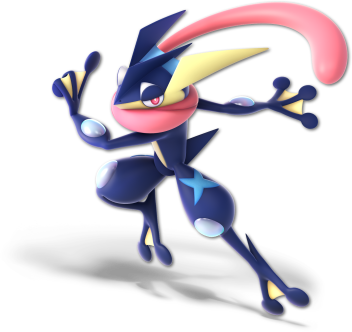 As a Genwunner, I’m more or less predisposed to writing off all Pokémon past maybe Steelix. But Greninja is an interesting case: As I mentioned with Sheik, ninjas can be a rare sight in Western pubs and they can do a vast amount of work when the punches fly. But while Sheik and other ninjas will be using ninja death stars, acrobatics and the fabled Touch of Death, Greninja has an exceptionally long tongue. That mightn’t sound so violent or tough, but have you ever had a cat lick you out of nowhere with its sandpaper tongue? It’s naff, and I can only imagine what it must be like, getting a tongue-lashing from a creature who hangs its entire tongue around its neck like a saliva-sodden scarf. So every other person in the pub, no matter how bloodthirsty they are, is gonna steer well clear of you both. Greninja can then wrap his big horrid mouth appendage around you and carry you out to safety. Discretion is definitely the better part of valour where Grenner is concerned. If you’re a coward, and I know I am, then stick with the frog. 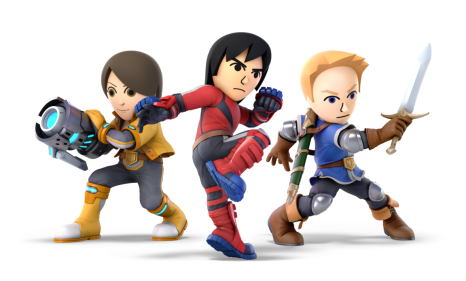 When there’s an update to Switch or PS4 firmware, the fans usually start screaming with anger because not much is changed. They make me think to myself, “you should have been around during the Wii days mate, when you’d get the Mii Contest Channel as a major update and you’d be expected to be grateful for it”. The whole twee-Mii era of Nintendo seems to be pretty much gone, no doubt as a consequence of the Wii U having about as much momentum as a seized up oil tanker. When it comes to playing tennis or baseball, there’s no better than the Miis. But put them in the middle of a pagger, with silly swords and beam guns and their own fists? Rubbish. Even the Hitler Mii you made at Christmas 2006 to break in your Wii console will look a bit silly in a fist-fight. You do still have that Zoidberg Mii though, right? He could be a right laugh to have around. 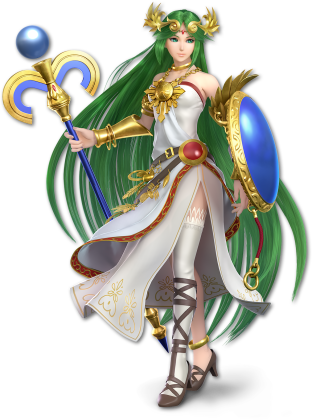 Even Palutena’s presence in the pub may be an affront – there’s not many angels in the places I frequent, that much is certain. Her vaguely stripper-esque taunt may get the lads going, so much so that they’ll be looking to eliminate you quickly. You can go on and on about White Knights, but if there’s ever an attractive woman in any kind of bother, you can bet your bottom dollar that the lads will be rushing in to help them out in any way they can. If these hard lads see a distressed looking Palutena in the midst of a pub row, and your gormless, sex-offender mug next to her, it’s curtains. They’re going to put two and two together, come up with five and swiftly panel you. Given that she is a literal goddess, Palutena certainly has the power to smite these sinners for you – or she could just see you all as the ants you are and swan on out of there, back up to heaven. Just depends on her mood dunnit? 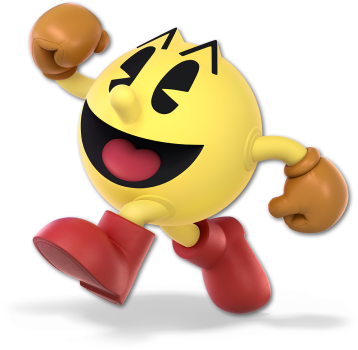 It was a real thrill to see Pac-Man in Smash 4 – for about five minutes. I hate to speak out against one of gaming’s icons, but he is a bit of a one-trick pony, isn’t he? I was surprised he even had a 3D model. The problem is, everyone recognises Pac-Man, so you’ll have everyone coming up to him and shaking hands with him all night, getting photos with him, doing the “waka-waka” sound with him etc. and you’ll feel a right Ron Weasley next to him. Worse still, when the bar fight begins, there will be spineless saps who will actually put themselves at risk and protect Pac-Man so he can get out safely, in the hope of basking in his reflected 1981 glory. You will look invisible by comparison, almost like a nervous ghost as you begin to get chased down… can you see where this one’s going? 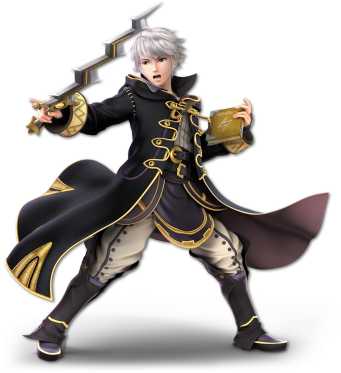 I’ve heard of utilising brains over brawn, but when I learned that this pencil-neck primarily fought with a book, I had to shake my head and mutter, “the game’s gone”. Robin, whether male or female or somewhere in between, makes sure to spend enough time in front of the mirror such that he or she or xe will draw looks from everybody in a 3-mile radius. Good if you want to get your make-up brand out there, bad if there are nutters closing in and you’re desperate to slip by undetected. Once again, I suspect male Robin would be frequenting the same kinds of places as Marth. Female Robin meanwhile, would probably not bother to talk to you. But you’re not missing much there, believe me. 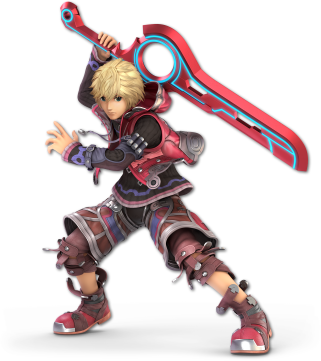 Shulk here is a bit of a double-edged Monado. See, by himself he is exceptionally strong, able, shouts his moves in a refined British voice and has a whole load of other spoileriffic advantages. But combat on your own in Xenoblade tends to be suicidal. No, he’s going to want to try a Chain Attack between himself, yourself and maybe that auld lad at the bar who’s 30 years aulder than everyone else, enters and leaves at the same time every day of the week and has his own barstool. Not gonna do much damage, that Chain Attack, is it? Also, there was about four thousand hours of story in the first Xenoblade so I probably didn’t get it all, but I’m pretty sure the Monado can’t do a thing to humans. So you’re left with a do-gooding dork in his underpants. What a shame! 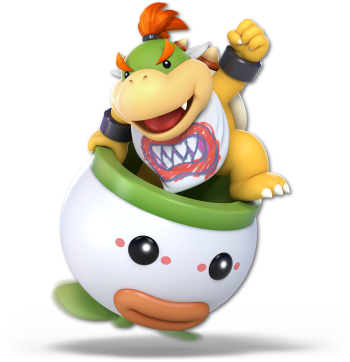 If you think I’m going to sit here and conjure up witticisms for all 8 of Bowser’s cookie cutter children, you’re very much mistaken. After all, the Smash developers just decided to put each of these ugly brutes into their own little Clown Kart, rather than turn them loose. So it’s like you’re playing as Morton Koopa Jr, except not really, you’re playing as a bumper car with uninspired moves that happens to have an ugly mug sticking out of it. To me, this translates to those terrible pubs you see where you have alcoholics in such desperate physical states that they need those mobility scooters just to ferry themselves to the bar and back. Where are these specimens when the punches fly? Capsized, that’s where. And that’s where you’ll be as well if you think you can hitch a ride on the back of Larry Koopa’s ride. Stick with their Dad. 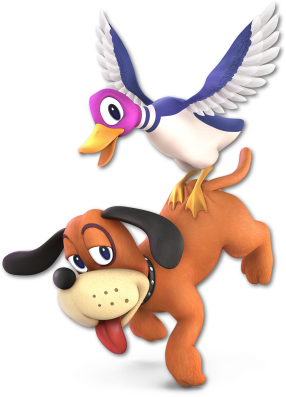 They say one of the signs of a great pub is them having a resident dog. Why, there’s even plenty of pubs called the Dog and Duck out there. However, on a more depressing note, the Duck Hunt dog looks like it’s going to be forced into fighting for its life. Did you ever see that film Amores Perros? It’s a pretty grisly Mexican affair where dogs are made to fight each other. Vicious brutes they are too, though not nearly as vicious as the owners etc etc. Well Duck Hunt Dog here doesn’t particularly reach that level of viciousness, but he does laugh a lot. A bit too much actually, which is sure to incur the wrath of Big Dave and Mick the Geezer. Would they glass a little doggy and his duck pal? Don’t be naive mate, these nutters would glass their own mother for disrespecting them innit. He’s a stubborn mutt too and a bit small so you couldn’t ride him to safety. No, it’s a bit like that film Marley & Me – one of you is gonna die, and there’ll be tears.