When I was a teenager, I’m afraid to say that I was just too boring and practical to get suckered into what we esteemed sociologists like to call “subcultures”. No phases or fads or trends for me. Whether through choice or not, I was destined not to take part and I went my own fruitless way instead.
END_OF_DOCUMENT_TOKEN_TO_BE_REPLACED

It’s the Halloween period, which can mean one of three things. To little children, it’s an almost too good to be true tale of free sweeties for doing just about nothing at all bar making yourself look silly in a costume for an hour or two. And for older adults, it represents buying two truckloads of sweets from the local wholesalers, only to do your best not to answer the door anyway, or at least frantically try to delegate the grand task to someone else.

END_OF_DOCUMENT_TOKEN_TO_BE_REPLACED

6 of Gaming’s Most Depressing Game Over Screens (2014)

I don’t care how good a retro gamer you are, every single one of us has had to choke down the indignity of witnessing the Game Over screen in games – the more dull-witted gamers have probably had to suffer this embarrassment time and time again. NES-era Game Over screens tended to be simple white-text-on-black-background affairs and more often than not were plagued with some questionable grammar (even apart from “Game Over” itself, as if that phrase makes any sense).

END_OF_DOCUMENT_TOKEN_TO_BE_REPLACED 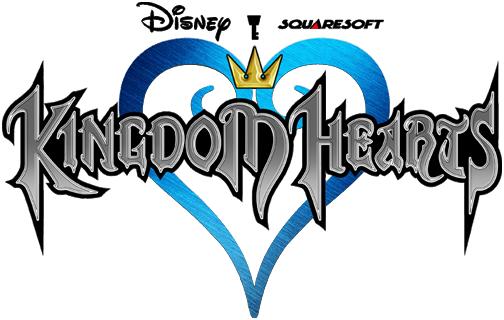 It’s probably something that’s no big deal for proper countries out there, but Ireland has only recently seen the arrival of an honest to God, fully fledged Disney shop. And not only that, but she’s set up camp on the main shopping street as well, so we know that old Walt’s crew must mean some real business this time.

END_OF_DOCUMENT_TOKEN_TO_BE_REPLACED

What was it Ray Liotta said to sum up Robert De Niro’s character in GoodFellas? “Jimmy was the kind of guy who rooted for the bad guys in the movies.” It’s a beautiful testament, and often it rings true. You may not have always wanted Voldie to get one over Harry Potter and his gormless posse per se, but didn’t you just want one of his followers to give Ginny Weasley a slap at times? We simply don’t want squeaky clean goodies in our mind-rotting works of fiction; we want conflicted types whose character flaws assure us that it’s actually perfectly okay for us to be fat, lazy, stupid and unreliable ourselves.

END_OF_DOCUMENT_TOKEN_TO_BE_REPLACED

I do love witnessing bad driving and the road rage that often follows – it’s a perfect opportunity to see humans at their basest. Look, it’s always understandable. You’re operating heavy, life-threatening machinery. And then some white van man is cutting you up, brake-testing you, giving you rude hand gestures and shouting things in bottom feeder at you. Of course you’re going to give a bit of welly back. After all, you’ve convinced yourself that you are the world’s greatest driver. Or at the very least, you’re country miles better than the constantly-beeping, wrong-direction-indicating, roadsign-ignoring, non-mirror-checking rabble that you always seem to be surrounded by.

END_OF_DOCUMENT_TOKEN_TO_BE_REPLACED

Look, we’re all man or woman enough to admit it: when we were daydreamers, back in idyllic times and long before any ambition or aspirations we may have had were crushed beneath the indiscriminate gold-tasseled boot of the bourgeoisie, we wanted to make our own games. It seemed like it’d be the best gig ever, the absolute dream job. Our wish to be the one to actually create Super Mario Bros. 9 and soak up all the plaudits was a wish that took real pride of place in our list of unlikely careers, alongside astronaut… rock star… Hollywood actor or actress… or in my own tragic case, hand-model with some fast-food tasting on the side for extra shekels.

END_OF_DOCUMENT_TOKEN_TO_BE_REPLACED

It’s crazy to think about, but when I look back on my days in primary school (where kids would be roughly the ages of 8 to 13), I can remember there being a brawl in the schoolyard almost every day without fail. And it’d always be the same: we’d all be sitting about in the freezing cold in our respective groups, showing each other how to trigger Missingno. or comparing Simpsons pogs which briefly made a faddy reappearance in my town (my favourite was the vaguely sinister naked Bart Simpsons complete with shiny gold finish).

END_OF_DOCUMENT_TOKEN_TO_BE_REPLACED

When it comes to making some fat stacks, it’s important for us little people to remember that in entertainment, there is simply no such thing as a sacred cow. Nothing is untouchable, above the remit of cynical executives bolting the latest faces in entertainment onto an old work and shipping it as a “continuity reboot” or a “spiritual sequel”.

I didn’t have my glasses on so I happily stand to be corrected, but they now apparently want to bring about a Ghostbusters 3 with an all-female cast. Obviously I’m highly sexist, but for the sake of this argument let’s assume I’m rational, tolerant and level-headed. What’s the easiest way to conceal the fact that none of the old actors wanted to touch this Ghostbusters 3 with a ten-foot barge pole? Do a complete turnabout on the cast and instead bring in actresses that won’t make viewers ask “what happened to the other guys?”

END_OF_DOCUMENT_TOKEN_TO_BE_REPLACED

It’s a funny old thing, nostalgia. You’ll know at once what I’m talking about if you decide to take a look back at your schooldays; they were pretty great, weren’t they? You forget the blustery early mornings, the near-constant threat of detention, the social pressures and the impending doom represented by exams that we were led to believe were “all-important”.