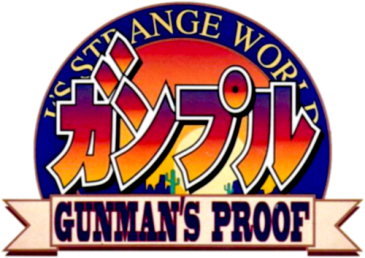 Did you know that I was actually once convicted of that much feared crime of college plagiarism? The one that they like to pretend is worse than a chilling murder-rape? It’s actually a true story this time, unlike all of those other ridiculous anecdotes I tell that invariably star me as the hero. The only little detraction from this story I’m about to self-indulgently regale is the fact that I was actually done for self-plagiarism. That’s right – because I submitted two essays for two different modules that had some admittedly similar paragraphs, the Evil Computer flagged me as a big fat plagiarism number and I was summoned for a chat with one of the lecturers in question, who looked like Milhouse with a goatee.

When I brought up the ridiculousness of being sanctioned for self-plagiarism, i.e., “stealing” work that I myself had produced, painstakingly of course, my counter-case was dismissed out of hand. I was informed that, because it was self-plagiarism and it was my first such offence, it wouldn’t go down on my “record” – at this, he gave me a look that suggested I was supposed to be grateful. Thanks, four-by-two! Thanks for heaping more fuel on the tragic hellfire that was my year that year.

So I had to redo the essay, in a short space of time, and this the week before Christmas too, for only half the possible marks. And guess what? I received 35% for this redone essay, meaning I’d have gotten a First if I’d not been lagged. It’d have been my only ever First, too, as I was doing a dosser’s degree. Still, I managed to overcome this trial by putting in about 5% effort instead of my usual 3%. And everyone I spoke to about my ordeal were all united in effusing about how ridiculous it was. Self-plagiarism, really! Is this all one big humblebrag from me? Not really, but I just thought it’d add some colour and let you get to know me a little more.

I tell you though, playing a game like Gunman’s Proof makes me realise that to avoid all of this hassle, I should have just college’d myself in Japan instead. There seems to be no such reservations in taking other people’s work over there, and that’s certainly the case with video games – even ones released on the exact same console. If you were to see even a tiny, grainy screenshot of this game in a magazine, you’d realise that this game is basically A Link to the Past reskinned, but with gunplay instead of swordplay. It’s almost laughable, playing through this game and noticing all the similarities. The screen transitions, the enemies puffing out of existence on being defeated, jumping off ledges, swimming and diving underwater, the fences and other certain graphics. Even the dungeon map screen is just about the same.

As this game made its obscure bow in 1997, after the SNES sideshow had just about ended its run in North America and Europe, it’s little wonder that this quirky slice of copyright infringement never came out of Grorious Nippon. Could they have released this one worldwide regardless? Did Nintendo even know this came out in Japan? I’m not sure they knew, because there’s certainly never many copies on eBay, and they don’t come too cheaply either.

Anyway, enough fluff, let’s get down to brass tacks. The story, such that it is, is about aliens coming to cause trouble, the usual malarkey, and it’s down to you, a sort of Hey Arnold-headed special little boy, to protect Bronco Village. And it’s got the same premise as A Link to the Past as well: go seek out the next dungeon, fight your way through and take down the boss, extend your life meter and move on.

One unfortunate difference, where Gunman’s Proof stridently differs from probably the most bodacious game ever, is that there aren’t any sub-items in this here parrot’s whisper of a game. No dungeon items means there’s not much of that sense of progression that the best Zeldas and Metroids always nail. You can fire a handgun with infinite ammo, or throw punches, and these can be upgraded a couple of times. Some enemies also leave behind limited use weapons like machine-guns and flamethrowers, and there are items that function as grenades, but that’s about it, which is unfortunate. There are a few mobility upgrades and special moves, which keeps things interesting, but getting through Gunman’s Proof requires much less thinking and mobility skills, and far more ability to just shoot at baddies until they die.

Notwithstanding the fact that it’s 1997 and they’re more than a little inspired by a game released four years previously, the graphics are actually pretty lush. Your main character’s design has the perfect mixture of cute and gormless, other characters in Bronco Village all look good, and there’s a lot of variety in the designs of the enemies and the bosses – not a huge amount of palette swaps either. The environments have a more cartoony look, and it works. Meanwhile the music is a bit goofy, no real bangers to speak of, but none of the tunes grate and the sounds are all fine.

Rather unfortunately, the collision detection can be pretty bad. This is possibly the biggest flaw especially when, unlike all but one Zelda game, you’ve got limited lives in this game, and losing them all dumps you not even at the beginning of that particular dungeon but right back to the town. Having a lives counter is a little bit superfluous in a game like this, since death is only ever a slap on the wrist; losing all your health just uses up a life, your character is restored back to full health and you just keep trying to pump the boss full of lead once more.

The game’s length would have to come in for some criticism as well. Now, not even I would have enough cantanker to immediately blam a game merely based on its length but each of Gunman’s Proof’s eight dungeons will be solved an awful lot quicker than even the Eastern Palace of A Link to the Past, especially when you know exactly where you’re going. I’m not sure how many hours it took me to beat it, but the climax of the game came pretty suddenly, which meant that the tacked-on story near the end didn’t really get much of an airing. In fact, I’d hardly have known that the game was completed if it didn’t say ‘The End’, because this game curiously lacks a credits sequence.

Nothing stops you from simply strolling to the boss room and blowing them away – no keys and locked doors, no dungeon items, nothing. There are chests in dungeons that give you non-essential items, good only for scoring points. I suppose you could replay the game and try to finish with a higher score, but there’s other games out there more worthy of high-scoring speedruns. It’s not strictly a bad thing that Gunman’s Proof is short, but with the dungeons that do exist lacking substance, a bit more to do would have been nicer. Perhaps direct comparisons with the gaming GOAT are unfair though, since they only really share graphical similarities and a similar flow. But that said, nobody stopped this game from trying to imitate something like Pocky & Rocky – and even the development bods at Nintendo still have difficulty self-plagiarising their 1992 magnum opus.